The Lakshadweep is an archipelago of a 9 inhabited Islands viz Androth, Amini, Kadmat, Kiltan, Chetlat, Kavaratti, Bitra, Minicoy, and Kalpeni. The Govt. of India declared the whole islands as Union Territory and the Administration is Governed by the Administrator appointed by Govt. of India from time to time. Once the Lakshadweep was under the control of Kolathiri Rajas, Arakkal Beevi, etc and later the British took over the Administration and introduced the Modern Judicial System in the year 1816. They appointed a Monegar invested with the powers of a Village Magistrate and Village Munsiff with a limited Criminal Jurisdiction. His powers were raised in 1872 and conferred with the power of Second Class Sub- Magistrate with Jurisdiction over Amini Islands. In 1909 the Monegar became a Third Class Magistrate and in 1948 he has appointed Second Class Magistrate having Criminal Jurisdiction. The local Amins and Kariyakkars constituted Civil Courts and Magistrate Courts. 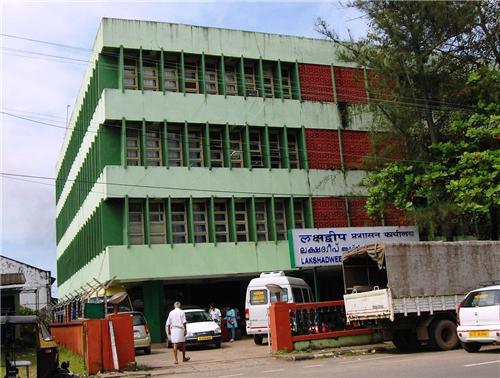 In 1965 a Civil Court Regulation – the Laccadiv Minicoy and Amini Dweep Islands 9/65 promulgated by the President of India in exercise the power of Art. 240 of the constitution and brought into force on 1 November 1967 marking the event of the institution of the regular Judicial officer for the Union Territory. Accordingly, a Sub Court at Kavaratti which is later upgraded as District & Sessions Court, Kavaratti, and a Munsiff Magistrate Court at Amini which is also upgraded as Sub Court Cum Chief Judicial Magistrate Court in 2014, and another Munsiff Court at Androth Island were established. The General Administrative control over the Sub Ordinate Court is with the District Judge. The Govt. has proposed to establish two more Courts one Munsiff Magistrate Court at Kadmat Island another Munsiff Magistrate Court at Minicoy. The Civil Procedure Code, Criminal Procedure Code, IPC, Indian Evidence Act, Court Fee Act, The Indian Stamp Act, and some other Pre- Constitution enactments were made applicable to Lakshadweep from 1 November 1967. The Hon’ble High Court of Kerala is the High Court for Lakshadweep from 01 November 1956. The Presiding Officers of the Courts are appointed from the Kerala Judicial Service on deputation.

When it comes to the selection process, the candidates have to take up a written exam / Interview. Selected candidates will be paid a handsome salary (as per Govt rules). The type of questions that are asked in the technical interview round differs from one position to another. There are multiple steps for the selection process for the posts of Stenographer, Clerk, Peon, Process Server, Gardner, Chowkidar, Liftman, Sweeper, Watchman, Chauffeur, Cook, etc. in the Kavaratti Court. The procedure is as follows

We advise to you for other Kavaratti Court Recruitment 2021 and selection process please read below official recruitment notification carefully before apply.

Know the current status of your case by Return SMS

Important: Case Number Record (CNR) is a unique Identity Number of each case, which remains constant. All the Advocates, Litigants, and stakeholders are requested to ascertain the CNR of their respective cases from the concerned Courts and to refer the same for all future references.